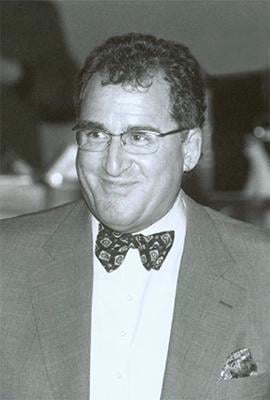 A Legacy of Professionalism

Throughout his 34-year career, attorney Mark Weiss was known for quietly and effectively devoting his considerable legal skills to fighting for equal justice by serving the legal needs of the poor and the powerless at the Neighborhood Legal Services in Highland Park and later at the Criminal Defenders’ Office in Detroit.

No matter the case, Weiss is remembered as being unfailingly warm, polite and professional to all with whom he came into contact. He also is remembered for passing along his legal and personal skills to many law clerks and young lawyers he mentored throughout his career.
Weiss’ tireless efforts on behalf of Michigan Association for Justice and its battle to preserve the rights of civil litigants during the mid-1990s are yet another key aspect of his legacy. In his last years, he came full circle, leaving private practice to return to public service, first as a magistrate in the Juvenile Division of Wayne County Circuit Court and later as an advocate for abused and neglected children in the Chicago area through the Cook County Office of the Public Guardian.

One of his longtime friends, Marjory Cohen, perhaps gave voice to Weiss’ life best at his funeral service in July 2003:

“There’s a big hole in each of our hearts today. Over time, we need to fill it with our individual and collective memories of Mark, his good humor, his kind, kind heart, the gleam in his beautiful brown eyes, his taking of the high road, every time, his fine head of hair, his love of five-star restaurants and Lafayette Coney Island in the middle of the night, of fine cars and radar detectors, of elegant clothes, Tiger Stadium on a summer afternoon, of children of all ages, of the city and people of Detroit, of Chicago, Harbert, and most of all, his love of the community that is made up of all of you, his treasured family and friends.”

The late Mark Weiss was known as a remarkable lawyer with a deep commitment to public service – a legacy of social involvement that is a worthy course to continue. In 2003, the Michigan Association for Justice decided to honor Weiss, a past president, by joining with his family and many good friends, in founding the Mark Weiss Memorial Scholarship at Wayne State University Law School.

“We’ve done well, but there is more that With the cost of a legal education escalating, Michigan Pitt, MAJ past president and good friends of Weiss says that the objective of the shared effort is to make the scholarship continue in perpetuity to recognize scholastic achievement, encourage continued progress, and to assist those students “who share the same dream as Mark, of wanting to help others.”

MAJ is very proud to be working with Wayne State to both provide these scholarship opportunities, and to honor the memory of Mark Weiss Mark dedicated his life to using the law to help others and he would be honored to know that these exceptional students will continue that legacy.”

Contributions can be made payable to the Wayne State University Law School, Office of Advancement, 471 W. Palmer St., Detroit, MI 48202. Please indicate your contribution is earmarked for the Mark Weiss Memorial Endowed Scholarship.

Further information about events that contribute to the scholarship can be obtained by contacting the Wayne State University Law School Advancement Office at 313.577.9238.