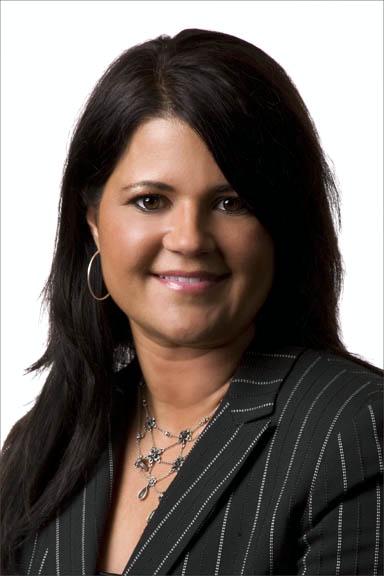 For Southfield attorney Heather Glazer, writing has always been a passion.  “I entered the practice of law with the intention of focusing on research and writing, and began my career at the Court of Appeals as a Pre-Hearing attorney. As I spent my days reading transcripts and briefs, I got the itch to get off the sidelines and into the battle. While I have always had a strong writing presence in my 17-year legal career, my passion is litigation. I am excited to get back into the trenches now after spending the past 8 years in the Appellate Department at my firm,” said Glazer.

Glazer spent 10 years in the insurance defense industry, and joined MAJ shortly after joining the Fieger firm.  “I knew that MAJ membership would provide me with resources that would benefit my practice and my clients. One of the valuable resource tools that I could not wait to take advantage of was the listserver, especially as a new plaintiff’s attorney. With the listserver, I have been able to keep informed on litigation trends across the state, gain assistance from experienced litigators, and offer my own assistance as well,” stated Glazer.

She added, “Litigation is a battle that cannot be fought alone. MAJ members are constantly pooling their resources to win the battle. I have never been too proud to ask for help and I have been pleasantly surprised by the large number of MAJ members who have been more than willing to offer their advice over the years. I have always tried to pay it forward and I have offered my own assistance whenever possible.”

Since 2006, Glazer has been a member of the MAJ Amicus Committee. “I have drafted a number of Supreme Court Amicus Briefs on behalf of MAJ, as well as MAJ oppositions to proposed jury instructions. I consider my membership on the Amicus Committee an honor and a privilege. Donating my time to draft Amicus briefs is a small price to pay for the opportunity to join some of the most influential trial lawyers in the State of Michigan in discussing the effect that the latest appellate decisions may have on the plaintiff’s bar and working as a group to avoid any negative impact.”

A monthly contributor to JUSTICE PAC, Glazer believes that an investment in JUSTICE PAC helps ensure that MAJ members have a voice.  “Without JUSTICE PAC, MAJ could not compete against the strong financial hold of groups like the Chamber of Commerce and the various insurance and medical lobbies that always seem to have an endless cash flow. Our MAJ leadership consistently develops a plan to put our JUSTICE PAC contributions to work for us in Lansing.”

The Fieger firm extends its reach across the country for some of the most egregious cases of medical malpractice, police misconduct, and deliberate indifference against jail and prison inmates.  Glazer’s personal case load is focused on police misconduct and jail/prison cases.

“The most memorable case that I have had the privilege of working on is one involving a mentally disturbed inmate that died a horrible and completely preventable death caused by dehydration over a period of about 7 days after being placed in an observation cell that was atrociously hot, with the temperatures ranging from the high 90s to, at times, 100 degrees (in January). Notably, the decedent lost approximately 42 pounds over a four to five day period. Despite the decedent’s obvious signs of illness and reports of abnormal vital signs, the jail doctor simply peered in the window of the decedent’s cell and walked away without providing any medical treatment. A federal jury returned a verdict of $5 million (including $3 million in punitive damages), which the Sixth Circuit upheld on appeal.”

Recently, Glazer worked with the University of Michigan Clinical Law Program to obtain a significant settlement for a former jail inmate whose complaints of repeated physical assaults, sexual assaults and abusive tormenting by inmates and jail guards were ignored.  “The client had spent so many years having his complaints fall on deaf ears with no repercussions against his abusers that he could not believe that anyone was willing to take on his cause. In fact, the client had initiated the civil litigation in pro per. The pure gratitude expressed by the client for taking on his cause was so rewarding.”

When she is not practicing law, following her children’s sports keeps her occupied.  “I can usually be found sitting in a hot pool venue cheering on my daughter (now a college senior at the University of South Dakota) who just recently wrapped up her 15-year competitive swim career, or freezing outside in multiple layers of clothing cheering on my son (now a high school senior) and his teammates at a football game or a track meet.  I, myself, am an avid swimmer and I am looking forward to my daughter’s return to Michigan so that we can compete in Masters’ swimming together, as well as a few triathlons and 5k races.”