MAJ Members have been fighting for justice for 75 years!
Click here to get your copy of MAJ's 75th Annual Convention Commemorative Book Featuring Reflections of Past President. 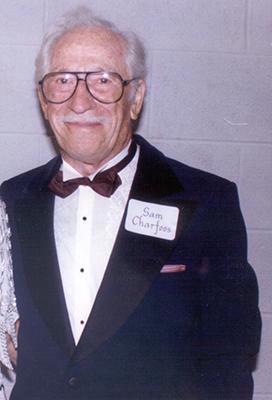 A History of Justice

For 75 years, Michigan Association for Justice members have been fighting for justice.

In the halls of the State Capitol and in courthouses across the state, MAJ has fought, and won, in the name of justice, equality, and the integrity of the American jury system.

It was back when WWII was drawing to a close that Sam Charfoos, the very first President of our association, decided that he could “wait no longer for a plaintiff’s lawyer organization to just happen.” Charfoos brought together 20 Workers’ Compensation and Negligence attorneys into a group that within the year would become the genesis --“Chapter I”-- of what was then called the “National Association of Compensation Claimant Attorneys.”

The genius and dedication of the many thousands of MAJ members who have followed these pioneers helped create the trial bar as we know it today.

Since then MAJ has grown to a prominent, statewide organization of 1500 members, dedicated to the preservation of civil justice.  MAJ seminars, forums, document banks, and library of publications help our dedicated members advocate for their clients.  And MAJ’s work in our state’s Capitol makes certain that those who place profit over people can not tilt the scales of justice in favor of the rich and powerful.

And MAJ does more.  Our 47-year-old People’s Law School program has taught tens of thousands of Michigan citizens about our legal system and their civil justice rights.  The MAJ Lids for Kids helmet safety campaign has fitted more than 10,000 children with bike safety helmets, earning MAJ recognition from the Governor, the Legislature, and mayors of cities across the state as well as the police and public safety community.

MAJ’s members can be proud that they are part of this legacy, and part of an ongoing movement that has helped to create the safer, fairer, more just and responsible modern world in which we live today.

"I had not reached my teens when inwardly I vowed that I would be a lawyer and decided, naively, that I would serve mankind. By 1929, at 21 years of age, I was a lawyer having gone four years to evening law school and worked in factories in the daytime. Up to 1929, Detroit lawyers' representation in workers' compensation  cases were rare. My practice had the effect of attempting to restore workers' compensation to the employers' promised 'no fault.'

The year was 1944 and World War II was still aflame. After one year of foot soldiering in the States, I returned to work consumed with the idea that I could wait no longer for a plaintiffs' lawyer organization to just happen and that it was up to me. I started with about 20 workers' compensation specialists. We all did some negligence work which, then, on the whole, was less desirable than compensation cases.

In 1946, at one of our regular meetings, Ben Marcus introduced Sam Horovitz of Boston. Ben continued on with Sam to Portland, Oregon, for a Workers' Compensation Commissioners Convention. When he returned I agreed with him and Horovitz to expand nationally. We were not Chapter I of the National Association of Compensation Claimant Attorneys (NACCA, now ATLA.)

For over two centuries, society's injured and maimed were expendable. They were ignored for the good of the "Industrial Revolution" and "progress." Improved workers' compensation and NACCA-ATLA were dramatic breakthroughs in compelling society and especially industry to be more adequately responsible. My naive youthful dream has been realized"