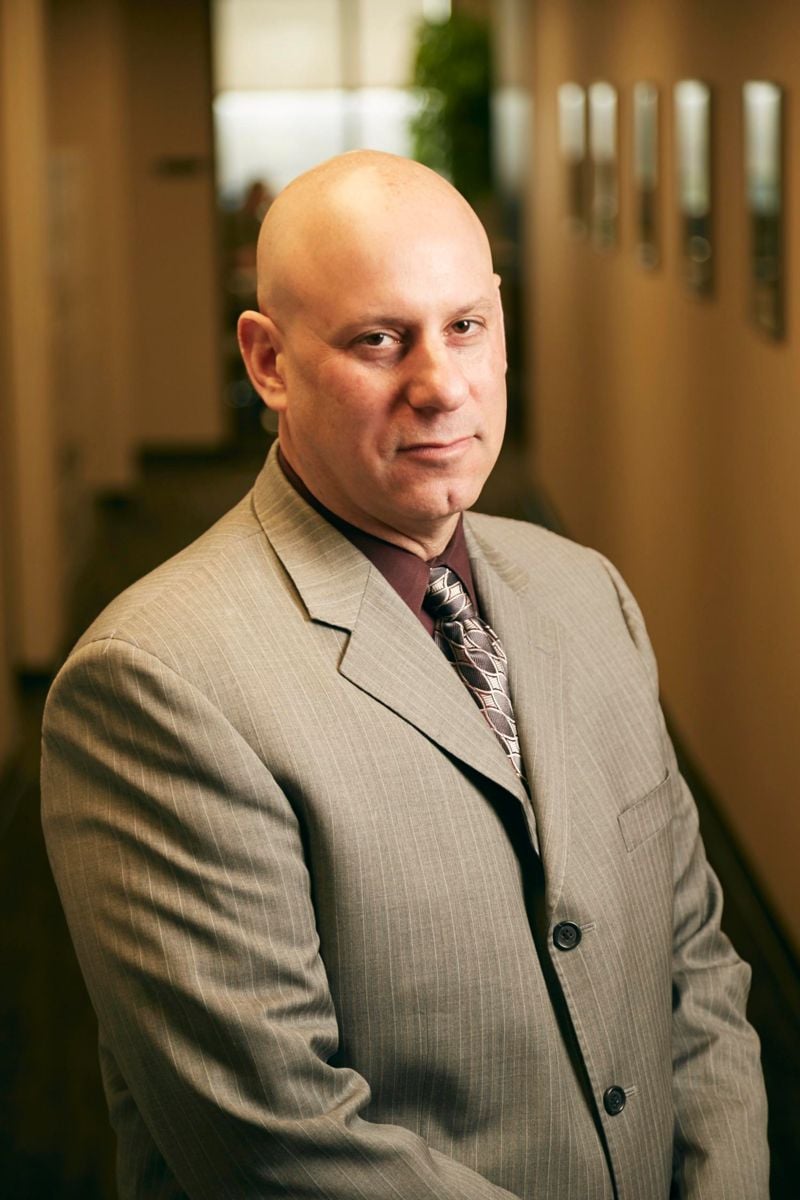 Southfield attorney Matt Turner was fascinated with being a trial lawyer from as early as he can remember. “My dad, Donald Turner, and uncle, Lee (Buzz) Turner, were partners and MAJ members. I have vivid memories of sitting at the kitchen table where my dad was always trying to come up with a strategy for presenting a case and looking for input.  I enjoyed those discussions and challenged myself to come up with suggestions so that he could help someone who had been seriously injured,” stated Turner.

“When I was in high school, my dad had a product liability case against General Motors on behalf of a client who became a paraplegic because of a negligently-designed parking brake system. He had the foresight in the early ‘80s to conduct a mock trial. I was the chief assistant where I carried TVs, set up cameras, served food, helped collect documents and got to watch the mock trial take place.

Turner joined MAJ when he graduated from law school and went to work at Turner and Turner, P.C. for his uncle. “My dad had retired two years earlier, so I feel fortunate to have learned how to practice law from another very accomplished trial lawyer, whom I was with for the first 17 years of my practice.  Buzz impressed on me immediately how the educational tools that MAJ provides are instrumental in having a successful practice. The seminars are outstanding. The listserver provides valuable information on a daily basis. The publications are top notch. The Amicus Committee plays a crucial role in maintaining the Courts of this state as a place where an individual still has a chance of prevailing against an insurance company, hospital, or major corporation. Being a Plaintiffs’ lawyer without being a member of MAJ is like trying to pass a test without a teacher or a textbook.”

Turner left the family firm to became a shareholder with Sommers Schwartz. “They gave me the opportunity to continue my medical malpractice and personal injury practice, but also to begin handling mass tort cases like transvaginal mesh and to become involved in class action litigation.”

Turner has served on MAJ’s Executive Board, the Amicus Committee, and has presented at MAJ’s medical malpractice seminar.  “I contribute monthly to JUSTICE PAC.  It is undeniable that politics play a crucial role in our ability to help our clients receive the justice they deserve.  JPAC contributions help elect politicians and judges who support the idea that a jury trial is the best method to determine whether someone who has been injured deserves to be compensated.  JPAC contributions also help fight proposed legislation like caps on damages, ER immunity, limiting no-fault benefits, manipulating the Court of Claims, and numerous other attempts to deny access to the courtroom. While we do not always win our political fights, without the efforts of MAJ financed by JUSTICE PAC donations, our state would look even more unjust. Those who believe in the civil justice system have an obligation to provide the resources necessary to continue this fight.

“Every lawyer dreams about having a case go to the United States Supreme Court, and I actually had that opportunity when I represented a client who suffered a severely fractured femur when she tripped and fell on an extension cord in a dark theater on a cruise ship.  The cruise line had a complicated corporate structure and the entity that I sued was their ticketing agent in the United States (with the same name as the cruise ship) and the carrier was actually an Italian corporation.  After having my case dismissed without oral argument in both the US District Court and the 11th Circuit, oral argument was held in the United States Supreme Court and they reversed the decision 9-0. It was extremely gratifying to fight that long and hard for a client and ultimately prevail. Further, the case makes it impossible for the cruise lines to escape liability by playing corporate shell games with interrelated entities.

“I have three children who keep my very busy, ages 13, 12 and 4.  I enjoy coaching high school football and was honored to be named an Assistant Coach of the Year by the Michigan High School Football Coaches Association in 2002. Seeing the kids work hard, improve, and learn the lessons that sports have to offer is an extremely rewarding experience. There is nothing quite like Friday Night Lights.”