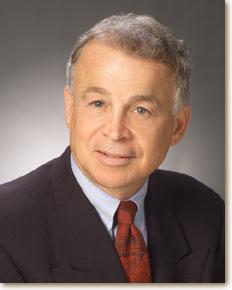 Birmingham attorney Michael Serling says that as a child he loved reading about Abraham Lincoln, especially about Lincoln’s days as a circuit rider trying cases all over Illinois.  “I knew that I wanted to be a lawyer by the time I was 13.  When I was in high school in the late 1950s, I would shadow my parents’ friend, a prominent criminal trial lawyer, as he went from court to court, gaining inspiration as I watched,” said Serling.

Serling has been an MAJ member for over a quarter of a century.  “I decided to join because I have always felt that in union there is strength.  I enjoy the sharing of ideas with my trial lawyer colleagues and the constant learning of new concepts and strategies.  Together we can and do make a big difference.”

He added, “I have been part of committees and have been especially active in legislative efforts here in Michigan with MAJ and nationally with AAJ.  Many of my clients have testified before Michigan legislative committees.  The attorneys in my firm and I have testified before state House and Senate judiciary committees.  We have also lobbied state House and Senate members as well as U.S. Senate and Congressional members on many important issues.

“When a conservative controlled (5-2) Michigan Supreme Court was weighing a Court Rule change that would have essentially blocked the ability of asbestosis victims to file their cases, I worked with other plaintiffs’ lawyers in presenting sound reasons why the Court should not adopt the proposed rule.  I personally testified before the Supreme Court twice.  It was very satisfying to me and my colleagues when the Court accepted our rationale and declined to adopt the proposed Court Rule.

“Insurance companies, big business and their lobbyists that seek to destroy the rights of citizens to access the judicial system are well-funded and resolute in their ill-founded goals.  If we as trial lawyers do not stand up with our ideas and our wallets, basic rights guaranteed to citizens by the Michigan and U.S. Constitutions will soon become eroded and meaningless.”

Serling has specialized in asbestos litigation since 1975, and his law firm champions the rights of asbestos disease victims throughout Michigan and in more than 20 additional states.

Serling recalls, “My most memorable case was actually the first asbestos disease case I ever handled.  I was a general practitioner in 1975 at the age of 31 when a young widow of an asbestos insulator contacted me concerning her husband who had died at age 52 (Carr v Johns-Manville - US District Court, Eastern District).  She was left with two young children and was trying to raise them on a $4 per hour job.  At the time, I did not know anything about asbestos litigation and tried to refer the case to several well-known Michigan plaintiffs’ counsel who had many more years of experience than I.  None of them knew anything about this area of law and I felt that I could not reject this woman’s case.  Thankfully, I found and co-counseled with an experienced asbestos attorney in Ohio 20 years my senior and learned asbestos litigation along the way.  It was extremely gratifying to successfully conclude the case, winning a sizable settlement for the widow.

“My most satisfying case was the representation of a 33-year-old victim of mesothelioma (cancer of the lining of the lung or abdomen caused by asbestos exposure).  The young man was married and had two very young children and was fighting very hard to stay alive.  My firm was able to settle his case quickly and for a sizeable sum.  The victim is still alive more than 10 years after the diagnosis, one of the few mesothelioma victims in the United States who has survived more than a few years.”

Serling and his wife Elaine have been married 43 years.  “We have two wonderful children, a great son-in-law (even though he is a defense lawyer) and two magnificent grandchildren.  I enjoy family genealogy, reading, boating, sports, travel and golf.  My wife and I are very active in community work and charitable endeavors.  We both believe strongly in giving back to society and in helping to make things better for future generations.”