In Suits at common law, where the value in controversy shall exceed twenty dollars, the right of trial by jury shall be preserved, and no fact tried by a jury, shall be otherwise re-examined in any Court of the United States, than according to the rules of the common law.

In the United States, the civil justice system is a critical and historic component of our democracy.  When two citizens have a dispute, they both stand equally before the law and have their dispute resolved by a jury, without the government taking sides.  If one citizen damages another’s property or person, it is the jury that hears the evidence and decides the case, not the politicians in Lansing or Washington DC, who all too frequently take sides by passing laws and regulations favoring one side or another.

Thomas Jefferson: "I consider [trial by jury] as the only anchor ever yet imagined by man, by which a government can be held to the principles of its constitution."

James Madison -- "Trial by jury in civil cases is as essential to secure the liberty of the people as any one of the pre-existent rights of nature."

From Alexander Hamilton -- "The civil jury is a valuable safeguard to liberty."

Richard Henry Lee (VA statesman who made the motion for independence in the Second Continental Congress) -- "Trial by jury in civil cases, ... trial by jury in criminal cases, [and] the benefits of the writ of habeas corpus ... all stand on the same footing; they are the common rights of Americans."

President Thomas Jefferson in his First Inaugural Address -- “Freedom of religion; freedom of the press; … trial by juries impartially selected. These principles form the bright constellation which has gone before us, and guided our steps through an age of revolution and reformation. The wisdom of our sages and the blood of our heroes have been devoted to their attainment. They should be the creed of our political faith, the text of civil institution, the touchstone by which we try the services of those we trust; and should we wander from them in moments of error and alarm, let us hasten to retrace our steps and to regain the road which alone leads to peace, liberty and safety.

From the Virginia Declaration of Rights of 1776 -- "The civil jury trial is preferable to any other and ought to be held sacred."

From the Massachusetts Constitution of 1780 -- "In civil suits the parties have a right to trial by jury and this method of procedure shall be held sacred." 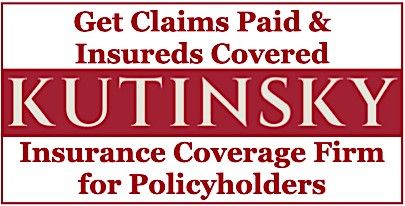