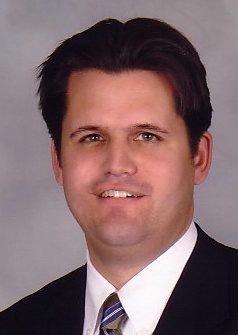 “I became a disability lawyer as I grew up in awe of my father Duncan, grandfather Bob, and three uncles, who practiced law together in Flint representing injured and disabled workers,” stated Flint attorney and MAJ Treasurer Robert MacDonald.  “I  admired their perseverance fighting on behalf of those in need and marveled at their ability to obtain justice in battles with often indifferent, sometimes ruthless, corporations and bureaucracies,” added MacDonald.

A member for nearly 20 years, MacDonald quickly discovered MAJ and its tremendous educational resources.  “What I have learned through MAJ’s workers’ comp seminars from Hon. Dick Skutt, Themis Fotieo, John Charters and countless others has been invaluable.  MAJ stalwarts Joel Alpert, Rick Warsh and Barry Adler have each helped and inspired me to become more involved in MAJ, in addition to the national AAJ and Workers’ Injury Law & Advocacy Group. Ed Welch also encouraged me early on by inviting me to write a chapter of a book on Workers’ Compensation. Besides speaking at and organizing MAJ seminars, I have served as Chair of the MAJ Workers’ Comp Committee since 2012.”

A monthly contributor to JUSTICE PAC, MacDonald stated, “An organized and vocal MAJ can and should ensure that Michigan’s system of justice is working for all Michiganders, not just the rich, powerful and well-connected. The middle class is shrinking; unions are under attack.  The people of Michigan need attorneys and advocates for workers, the disabled, consumers—for ordinary folks— to stand up together in a powerful, unified voice in Lansing.  If we attorneys do not mobilize our resources to ensure that we have fair legislation and fair judges that protect all the people of Michigan, who else will? We owe it to our fellow citizens to step up and contribute to JUSTICE PAC to ensure that the laws are protected and improved.”

MacDonald added, “In this job, it simply feels great to be able to make a difference in peoples’ lives by securing benefits and economic relief to those in need. Helping a disabled worker to secure the funds to avoid home foreclosure, to obtain the surgery insurance refused to cover, or go back to college to learn a new skill.  These things we do provide a real public service and we should be proud of that.”

Most of MacDonald’s law practice consists of litigating claims for Workers’ Compensation and Social Security benefits throughout mid and southeast Michigan.  “To maximize our clients’ recoveries though, it is important to consider other theories of recovery in tort, against third parties, under ERISA, the ADA, the FMLA, etc.”

When asked about his interests, MacDonald states, “When not at my Downtown Flint office, or stuck in traffic on the way to depositions or state agencies, I, among other things, visit my Flint home and attend to my loyal dog.  I have great family and great friends, and enjoy movies, card games, swimming, and biking. While studying as an undergrad in Notre Dame’s ‘Great Books’ Program, I also became a voracious reader who buys way too many books.”